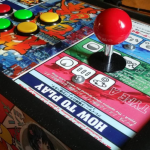 I finally can post in the discussions, so what better place to start

I'm an arcade rat, big time. I was that girl in the arcade with her brothers XXL hoodies looking like a street kid, always posted up out front with my big 7/11 cup or lurking inside. If there is a quarter line, I'm in it. Prolly off playing 1942 cause it's a quarter to play and it's a sick game!

That has never changed. I still find arcades to stand in front of with my big cup of soda and hoodies on. My day time professional attire versus my at home or out (well in most cases) is like Clark Kent V.S. Superman LOL!

Used to actually sleep in the arcade I would play for so long, get in the way back behind some old machines. Actually got into electronics repair business from doing this (Queue awful jokes). When one of my main spots first got Virtual Fighter, I got to demo it with my brother (it was mad buggy too!). Maintence guy opened up the coin door and I saw all the bits of metal and lights and springs, and he stuck his finger in giving us 20 credits to test it out (We knew fighting games.. And we were GOOD). I was hooked. I wanted to live inside there.

Big into Sound Reinforcement, Audio Engineering / Production, Djing (maybe not what quite like you first might think!), pirate radio, anything electro-mechanical, and of course games (I won't list the entire wall worth here).

I'm not a game collector. I mean you buy games, it's a collection of games by defenition. But I'm not into buying things for the sake of having them, I never really was into that side of things. I still think it's cool when I see other people collect this stuff like it's baseball cards. I do get it though. And I'm big on hobbys, so I see someone who has a hobby that's not watching TV, I'de never put that down.

It always makes me feel good, to see other people feel good.

For scores, I take it pretty searously. If I vote legit on your score and you have a 2 hour video of it, I DO watch the full thing. Which is crazy because I won't watch videos of people playing games period. Unless it's something like scoring. I'm totally nuts, I know.

So when I found this site and was checking things out and saw guys playing these great pins, and people who had their names on VCS carts and all these scores. I thought, yeah. This is great!!

Shame there is no Messege function, so many people here I've wanted to get in touch with and talk games and such. Maybe someday ^_^

Do I now hold the high score for longest introduction?

Shame there is no Messege function, so many people here I've wanted to get in touch with and talk games and such. Maybe someday ^_^

You can post on their profile page though, although you probably mean private messages.

Do I now hold the high score for longest introduction?

Probably.  Nice to read up about you, hoodie-woman!

?Hoodies. Gotta have my massive hoodies 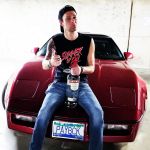 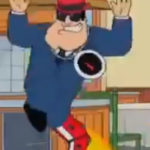 Welcome to the website KMP, it's always nice to hear stories about physical arcades, I never got the opportunity to experience them.

it's always nice to hear stories about physical arcades,

Yeah it is :) Especially since I grew up during the arcade boom and live in the fourth largest city in my country, which had a ton of arcades back during those years.  More "hearing" about them can be seen here: http://arcadepreservation.wikia.com/wiki/Darrylb500%27s_arcade_blog

Plus if anyone wants to add any arcades to the site, feel free!

Gotta get China Town Faire (8 Mott Street, Manhatten) in there. Not the new place with the same name. You'll be able to find TONS of info/videos on YouTube of the place. Has to be in there for sure!

^I'd say pretty much ALL arcades ever made should be in there! :)

I might research that place and put up a page for it but I can't promise anything.

Anyone still open to post arcades to the site? I've got a bunch of spots for ya

For China Town Faire it'll be easy research for you

^I'll do at least one, if you want to go back and forth with a few questions. 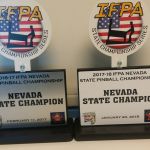 Welcome here!  Great post.  please let me know if you are ever coming to Las Vegas, NV!  Looking forward to getting to know you better.

Depending on what is going on for me, if things work out I'll be at the 2018 Evolution Championship Series. Going for Top 8!!

When I saw your post the first thing that popped into my head was the song by The Who, Pinball Wizard

I thought that was to good to keep to myself

I am the current Nevada State Pinball Champ.  I have the top seed for the state tournament on 1-20.  Hope I can repeat!  There are many pinball wizards out there!  Thank yiou for the kind remarks!  Take care!  Sean

Pjsteele
Welcome! As far as the messaging function or game talk there is a facebook group some of us belong to. I think it is high score retro gamers. Have fun, cool intro.
Posted by Pjsteele on 2018-01-12 09:38:41 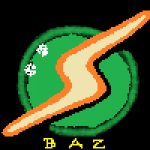 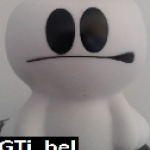 Just reading this. I like crazy arcade girls. I always enjoyed watching people play on a arcade when I was a little boy and when the fair came in town. No other opportunities  to play arcade games back then. Only twice a year.

So enjoy gaming and posting here your stuff.