Topic: Not trying to start drama 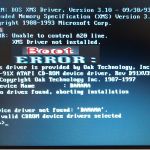 Ok so I know I done some bad shit here. I bring topics to light that people do not want to get involved with. I also insult people with sever words. I was told it is ok to do as long and I do not use names or single people out.

So I decided to single out a nameless group of stupid fucks who fail the voting process as wel as fail to simply read.

discusted yet? Yes I did an offel thing I make rude comments and posted a fake score. I did it for the community.

Ok so it looks like I want a laugh and harass people with my bullshit and my name calling. Think again and realize it only appears that way. look deepper past my insults and see the root of the problem.

The site is suppose to be fun so votes can be leanient. I agree with that. So instead of voting with a simple yes or no, why is there not a better system that asks a series of questioons pertaning to the evidence. Based on the selection made a percentage is created for legitimacy between each vote. IE: @ picture @ video, voter selects video. evidence % incresses, @ Full game play @ partial game play @ end only, voter selects end only. evidence % drops

make simple questions that remove emotional ties of disliking specific players or vice versa. No votes have become no vots as retalieation and yes votes are carless making this entire voting system bullshit. It is time to fix this. Lets make this work. Lets make this happen.